Grabbed a quick breakfast at the Wray Diner, swung by the Wray Gazette on my way out of town, then hit the road. Two hawk encounters early in the day, then a bunch of tough hills in SW Nebraska and NW Kansas, making for slow going most of the way. Still knocked out 73 miles. Haven’t used the electric-assist motor yet, but may have to reconsider, given the worsening pain in my right knee. Saw this iconic windmill in Nebraska.

Pedaled down Main Street in St. Francis and found the offices of the St. Francis Herald, where I did a brief interview and they took some shots of the trike.

Then hit Main Street, Bird City, where I met some more really nice folks (cuious about the trike – like pretty much everywhere I go) and wolfed down some Ben & Jerry’s ice cream. Almost everyone I’ve met so far enthusiastically supports the “100% by 2020” goal.

Next town up was McDonald, where I was pedaling down Main Street and received a nice surprise: two very large residential wind turbines at the edge of town.

Popped into the liquor store to ask who owned them, and the proprietor called the owner, who promptly drove down and met me. After a brief conversation, A.B. Fisher invited me back to his house, where he spoke with me on why its important to him to become energy independent. He also had a few choice words for Congress. A.B. personifies the kind of can-do, entrepreneurial American spirit we need to get this country back on track. 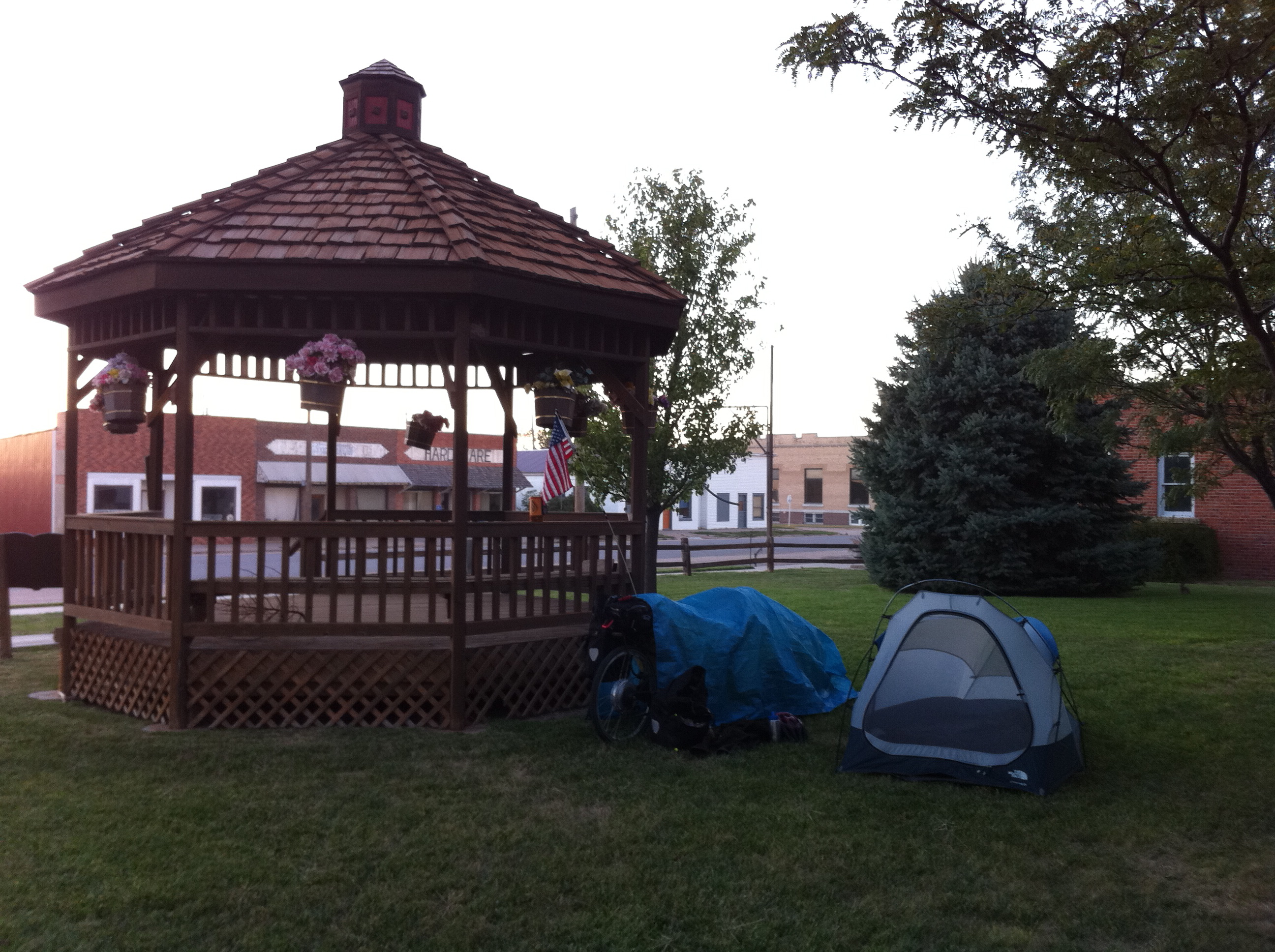