Rode about 10 miles up the Riverfront Bike Path, which was a real treat, where I was met on the trail by local climate activists Tom & Carol Braford, who I had met earlier through the Climate Leadership 2020 Campaign. Took this video crossing the mighty Mississippi River.

Tom’s & Carol’s day jobs entail creating an Ecovillage in St. Louis as a model for the rest of the city, and the nation. They later treated me to breakfast (thanks, guys) at a local Waffle House, where we did some big picture brainstorming on next steps.

Then headed up the road towards Springfield, finding a great bike path (thanks Roger Kramer!) part of the way. Before that, came across this very unique graffiti of a rotating wind turbine next to the highway. Liked it – a lot. 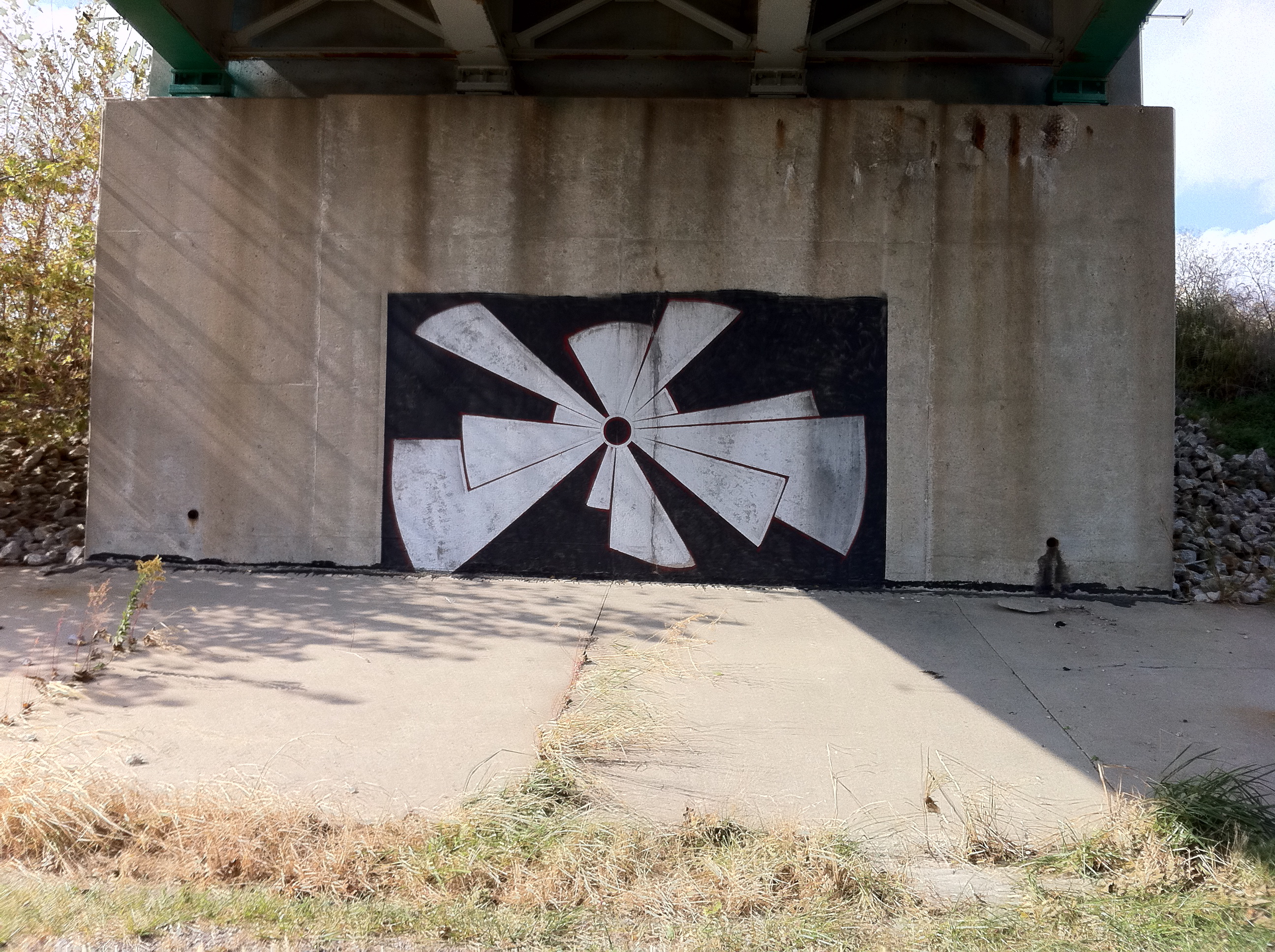 Ran into a fellow recumbent biker, John, who I rode with for a couple of miles and was kind enough to come check on me later as I was starting to lose the light. He told me about a campground that was only 5 miles down the road, so I made tracks for that. On the way, saw a home near Litchfield with a residential wind turbine and solar tracker, so I had to stop. Pedaled down a side road to get to the house and knocked on the door to ask about their setup. Turns out the owner wasn’t home, but his daughter, Kelly Schmidt, and some friends were. Kelly was clearly very knowledgeable about the system, and was happy to give me a quick tour.

Rolled into the campground just before dark, with 69 miles logged on the day. As I’m setting up camp, a guy walked up to me and started asking me about solar power. Wayne Bennett got to talking with me and shared his big idea about solarizing the RV retirement parks in Texas. Hope you do it, Wayne!

This entry was posted in 2010 Ride, Blog, Video and tagged chain of rocks bridge, climate leadership 2020 campaign, ride for renewables. Bookmark the permalink.