Packed up in the morning, made some media calls and got one last Skyline fix with Sheryl & Joe. 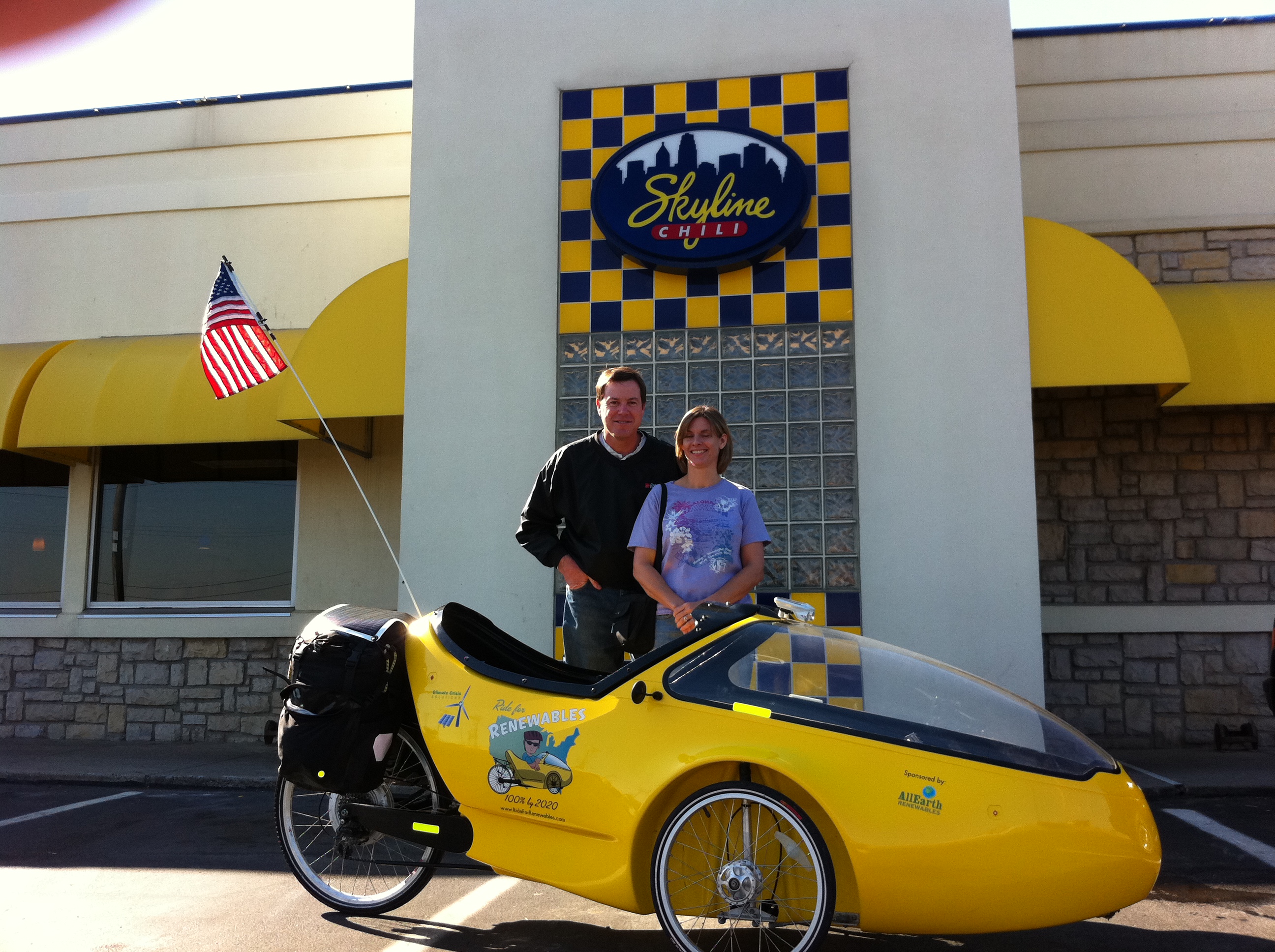 Before pedaling south into the city, rolled up to the entrance of the Rumpke landfill, just down the road from my sister’s house. Already the sixth largest landfill in the United States, Rumpke is suing the citizens of Colerain Township to nearly double in size. Known to most as “Mount Rumpke,” the landfill is the highest point in Cincinnati. What most don’t know is a fire has been burning at the dump since August of 2009 and they not only don’t know how to put it out, they don’t even know what is burning.

Pedaling past St. Joseph Catholic School a little while later, some of the kids excitedly yelled out to me, so I pulled over to let them check out the trike. One of the teachers thought it would be neat if I talked to the kids in the school’s latchkey program, so I asked the principal and we made it happen. Interacting with those kids was the highlight of my day. 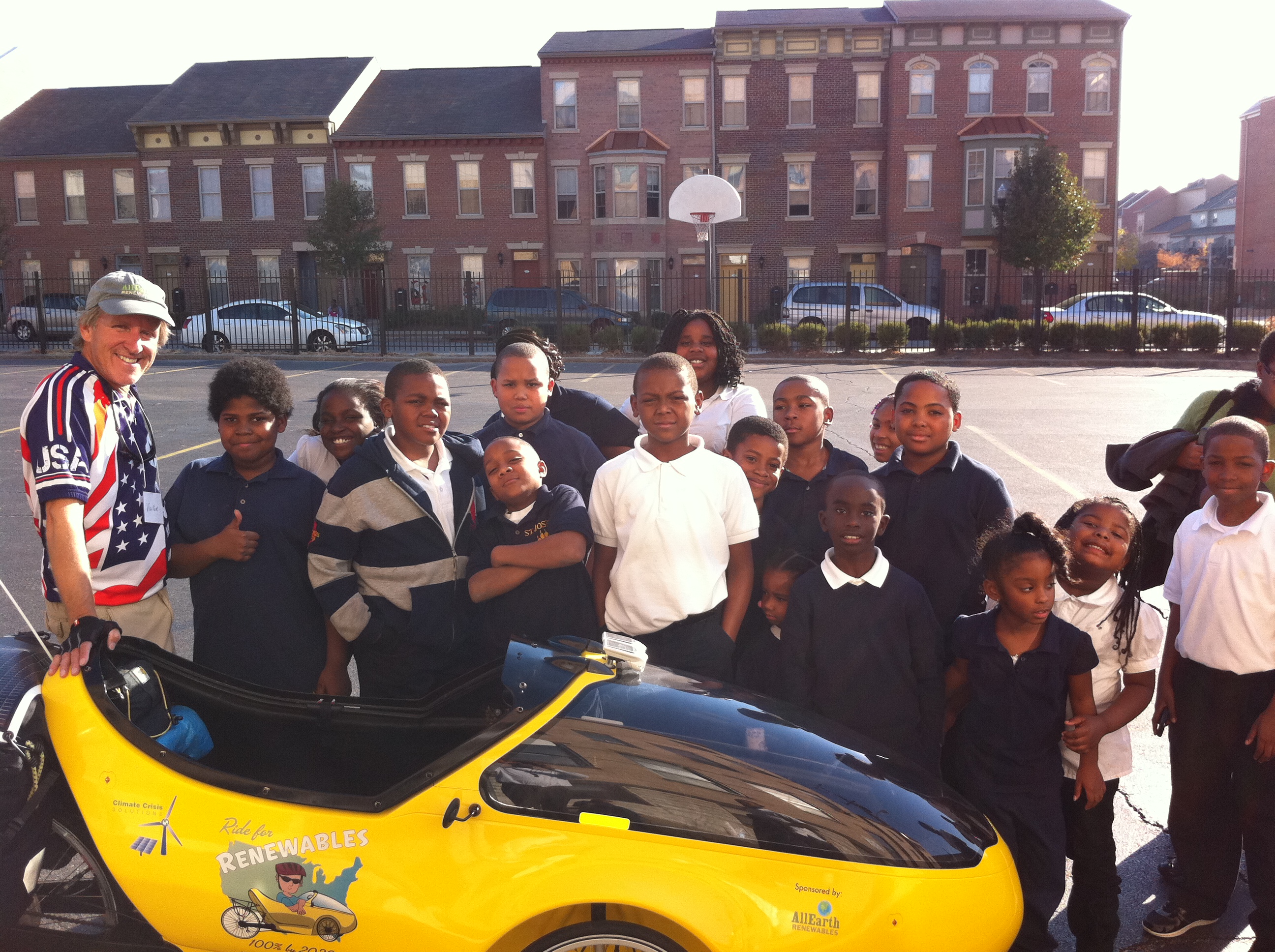 Did an interview with local ABC affiliate WCPO-TV on Fountain Square:

While on Fountain Square, one of the people who walked up to me was Zach Weprin and his dad. It was getting late, so he offered to let me crash at his apartment right down the road. Zach, along with his buddies Steve and Nick, owns Soho Sushi, a casual sushi restaurant. There’s something really inspiring about childhood friends coming together to jointly pursue a dream. Their hope is to become to sushi what Chipotle is to burritos. If what I experience there (very tasty, healthy, fast sushi) is any indication, I believe they just might do it. Thanks for dinner and a place to crash, guys! Easy ride day today: 18 miles.