Started the day by biking with Harvey over to Capital University to sit in on a couple of his classes and talk with his students about the ride. Learned some fascinating information sitting in on those classes. Here’s one I didn’t know: the gay rights movement in America was launched during the Stonewall riots – when gay men from Greenwich Village, tired of getting beaten up during police raids, decided to fight back. I hope these students look back someday and realize how lucky they were to have him as a professor.

It had started drizzling by the time I left, so affixed the ragtop rain cover and hit the road. Been incredibly blessed with good weather this entire trip, this being the first day I had to ride in the rain. Not yet having had breakfast, and needing to carb-load up for the miles to come, I lucked upon Rubino’s, an Italian restaurant that looked like it had been around for awhile. Turns out they’ve not only been in business since 1954, but also serve some of the tastiest pizza on the planet. Had spagetti for breakfast and a not small pizza for lunch, all in one sitting. Ended up powering me the whole day.

Didn’t think I would make it as far as Zanesville, with all the rain, then happened upon a campground a few miles out, but it was closed. Kept on riding and actually made it to a motel on the edge of town just as it was starting to get dark. Was relieved to be in a dry motel, as my “waterproof” Ortlieb panniers were anything but, and I needed to dry out all my gear. Knocked out 49 miles today. Not bad, given all the rain.

Getting out of my wet clothes, was surprised to see blood on the bathroom floor. Must have happened when my foot slipped getting out of the trike, hitting the hard edge of one of a floor vents. Never even felt it. 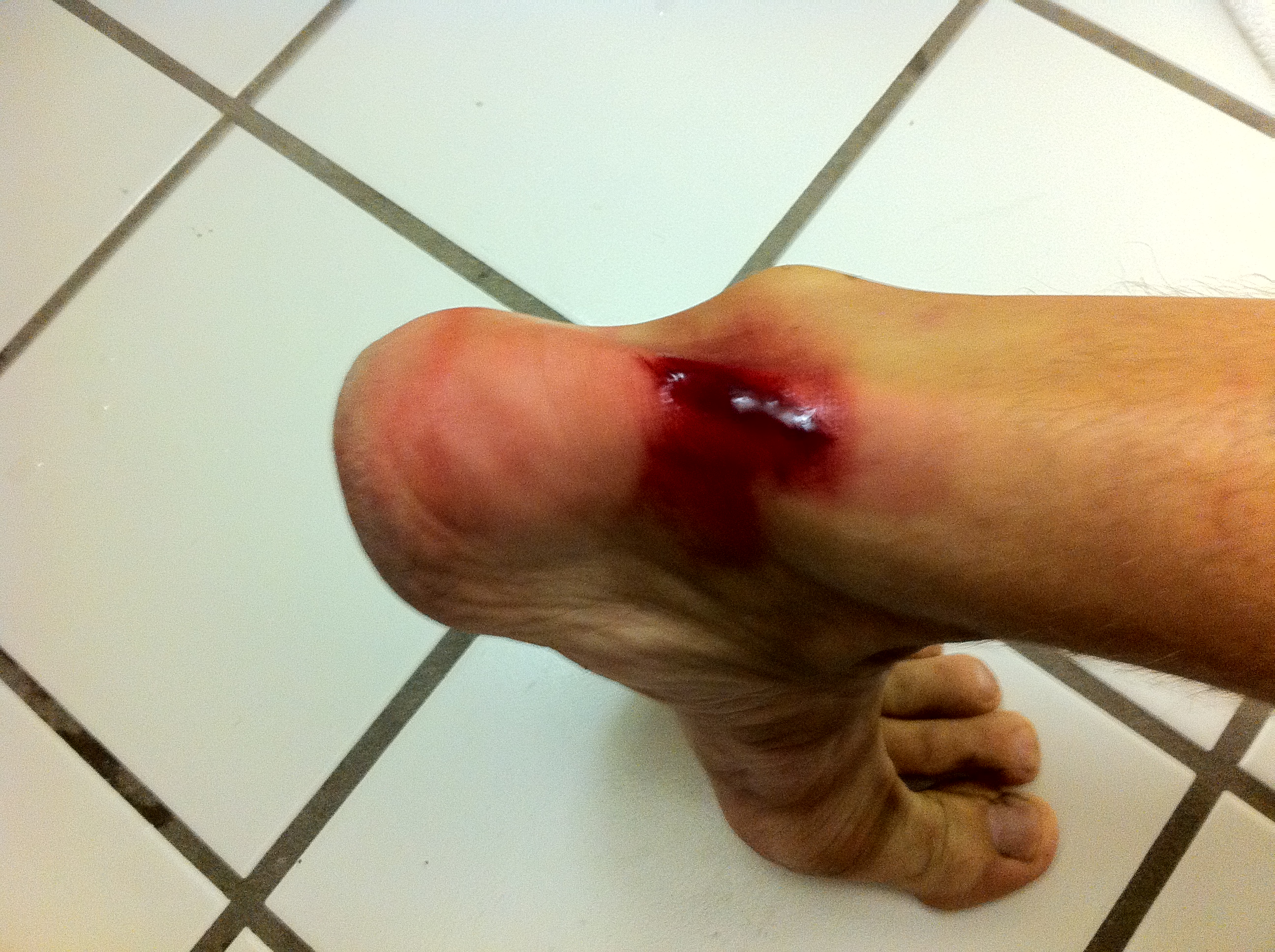