Some bicyclists I ran into yesterday told me where I could get a map of the bike route I’d been hearing so much about that runs from just south of Pittsburgh to Washington, DC, so rolled by the local REI store on my way into the city this morning to pick one up. The Great Allegheny Passage is the first leg of the bike path and runs 132 miles over abandoned rail lines surfaced with crushed limestone. But the fun doesn’t stop there. It then joins up with the 184-mile C&O Canal Towpath, which runs the rest of the way into Washington, DC. So I’m entering bike heaven for the final 316 miles of my ride.

Have been to Pittsburgh before for Steelers games, so knew which tailgates I wanted to swing by. Along the river walk, near the stadium, is a long boat dock where boats start arriving days in advance to set up boat-gates for Sunday home games. Was warmly welcomed by several parties I pedaled past. Earth-friendly bike taxis were doing a swift business, transporting fans to and from the stadium. 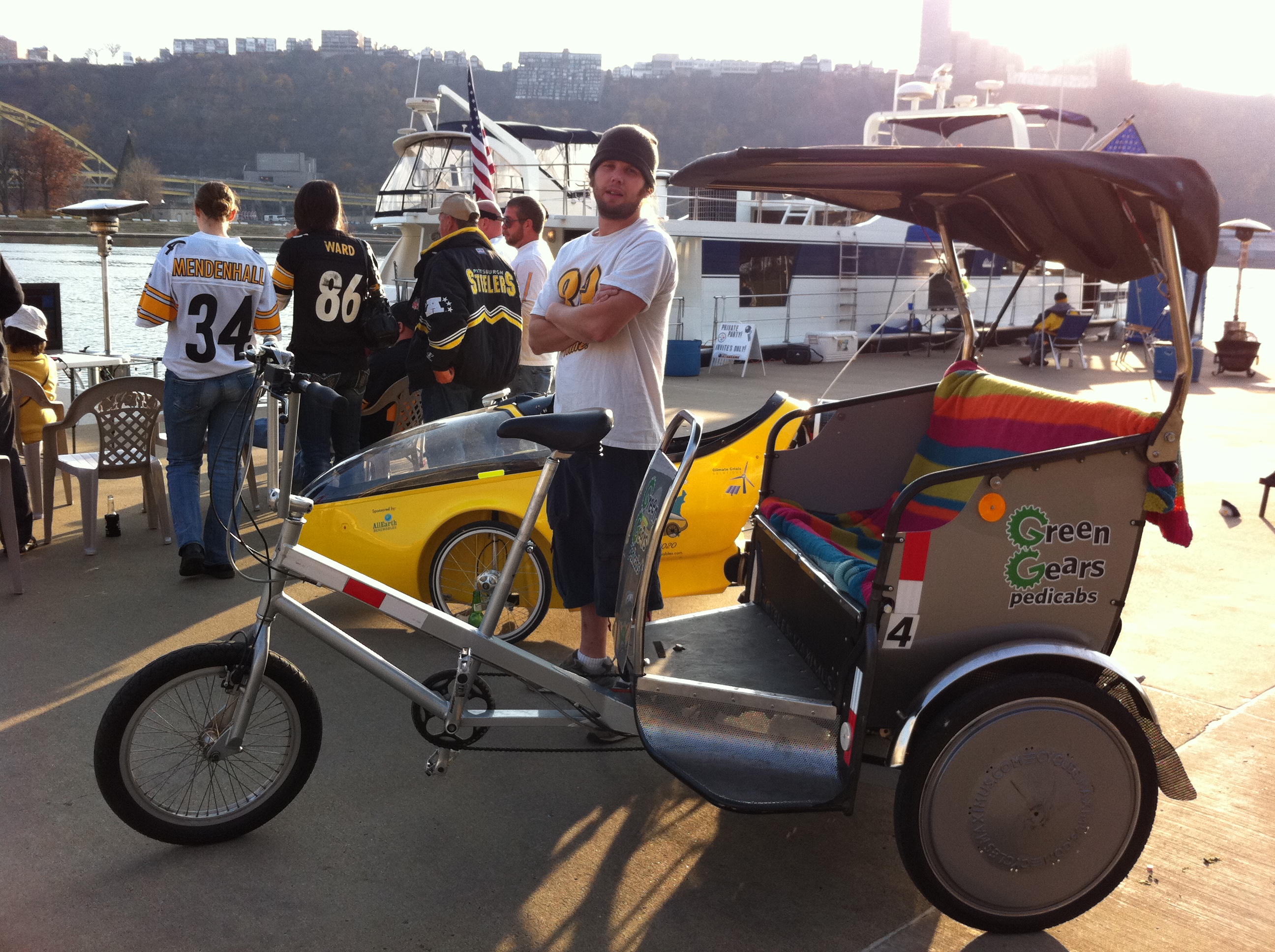 The best part of boat-gating is you can vicariously enjoy the stadium experience (hearing the roar of the crowd and even seeing into the stands), without having to purchase a ticket or be jammed into a small seat in a crowded stadium. Plus, the several second time delay between the stadium noise and a play showing up on the television screen ensures you don’t miss a big play.

Thanks to Terry, Bill, Steve, Derek, Heather and all their friends for welcoming me to their boat-gate party. Appreciated the beers, food and great company. And a special thanks to David Hughes, head of Citizen Power, for his generous hospitality during my stay in the Steel City.