Only one other bicyclist on the path the entire day today. The reason: the season is definitely late. Starting to feel a sense of urgency to make DC before the weather starts turning for the worse. From what I’m hearing, the trike may not survive the C&O Canal Path, some of which is deeply rutted singletrack, so may need to shift course for the final leg of the trip. Regardless, am focused on being here now and enjoying this beautiful trail running along the Youghiogheny River. The further upstream I go, the cleaner the river is (pollution-sensitive river otters have been successfully reintroduced) and the prettier everything gets. 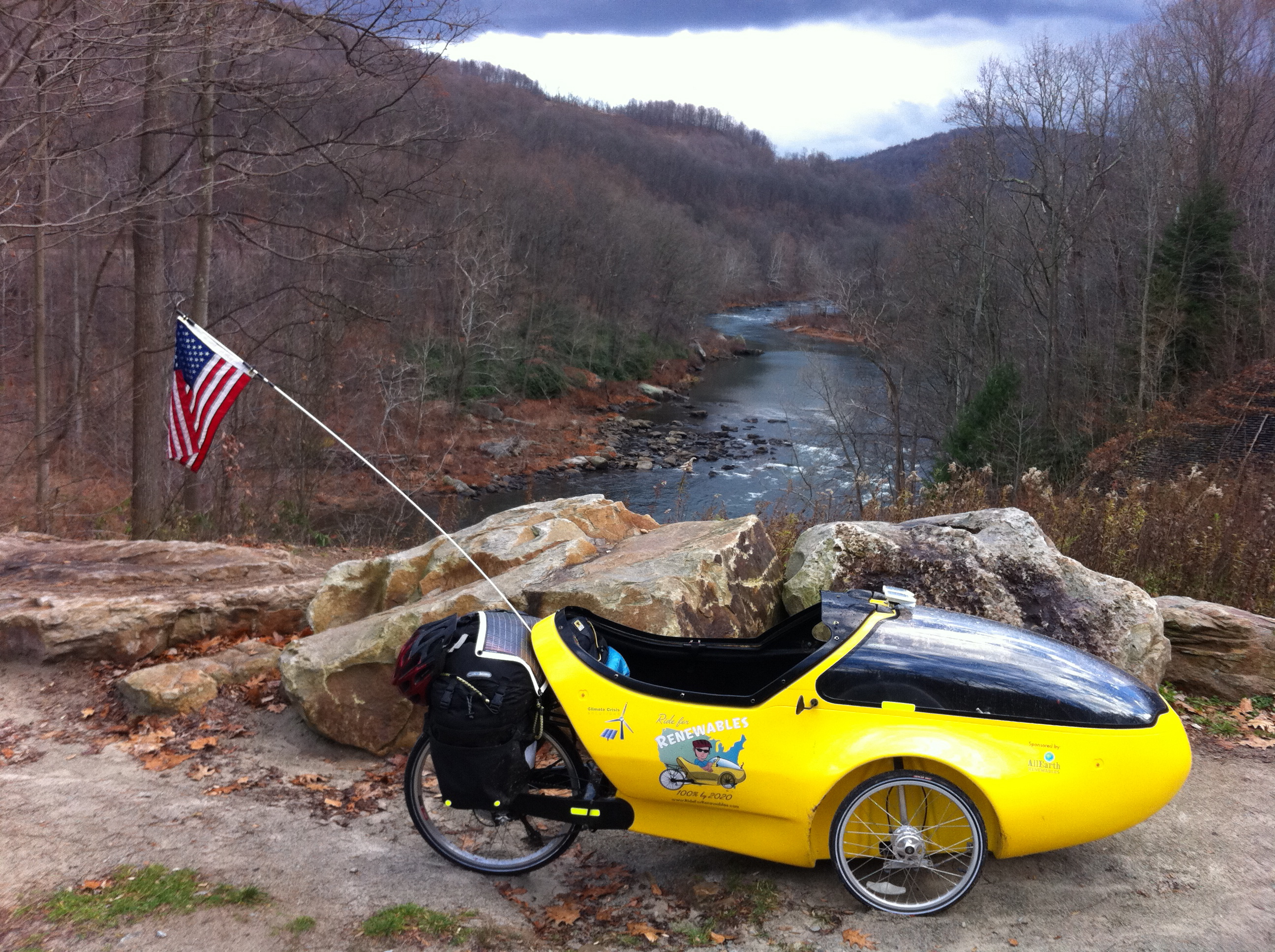 On this video, I tried to capture the beauty of water flowing, like blood through the veins of the earth.

Rained most of the morning, so rode with the ragtop on until it finally cleared up. Then came across these cool wooden bridges.

One thing I didn’t count on was how the rain on the soft limestone trail really slowed the trike down. Despite my best efforts, was only able to get in 42 miles. Ended the day at Ohio Pyle around sunset, where some hard-core kayakers were taking out of the river (there’s some really nice whitewater that loops around the town). Thought I was rugged, still peddling in shorts and sandals this late in the season, until I saw them.  Checked the rates of a few local guest houses, which seemed awfully high for this late in the season, then happened upon a local on Main Street who offered to let me pitch my tent in his back yard. 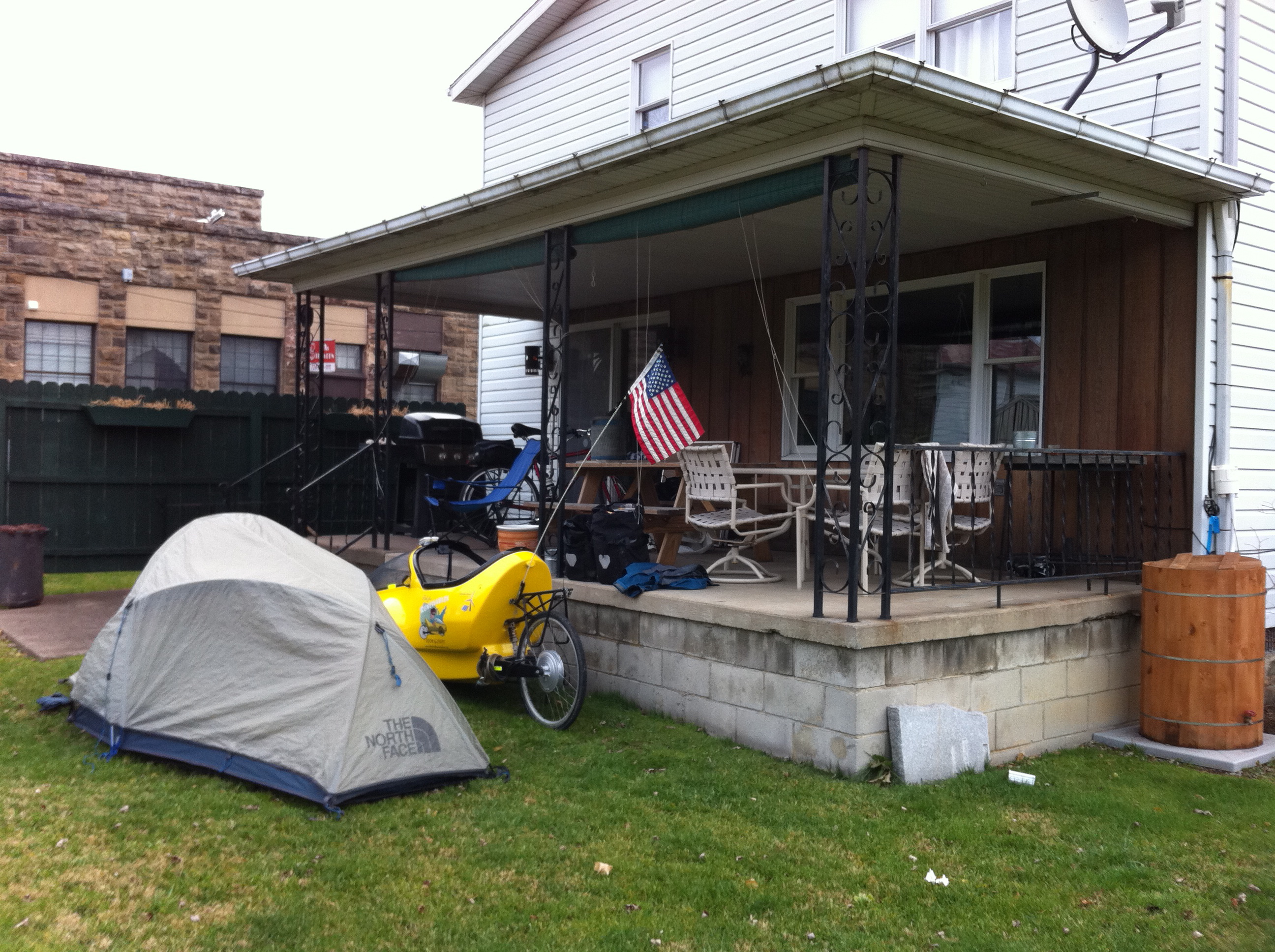 Kevin Ravenscroft later invited me in for some homemade vegetable soup, cold beer and good conversation. Oh, and can’t forget the cherry pie. Really liked the cherry pie. Thanks for everything, Kevin!