Only pedaled 27 miles today. Partly needed to slow down to navigate the narrowing path and dodge the branches that are increasing in number the further I go, but partly I just don’t want the adventure to end. 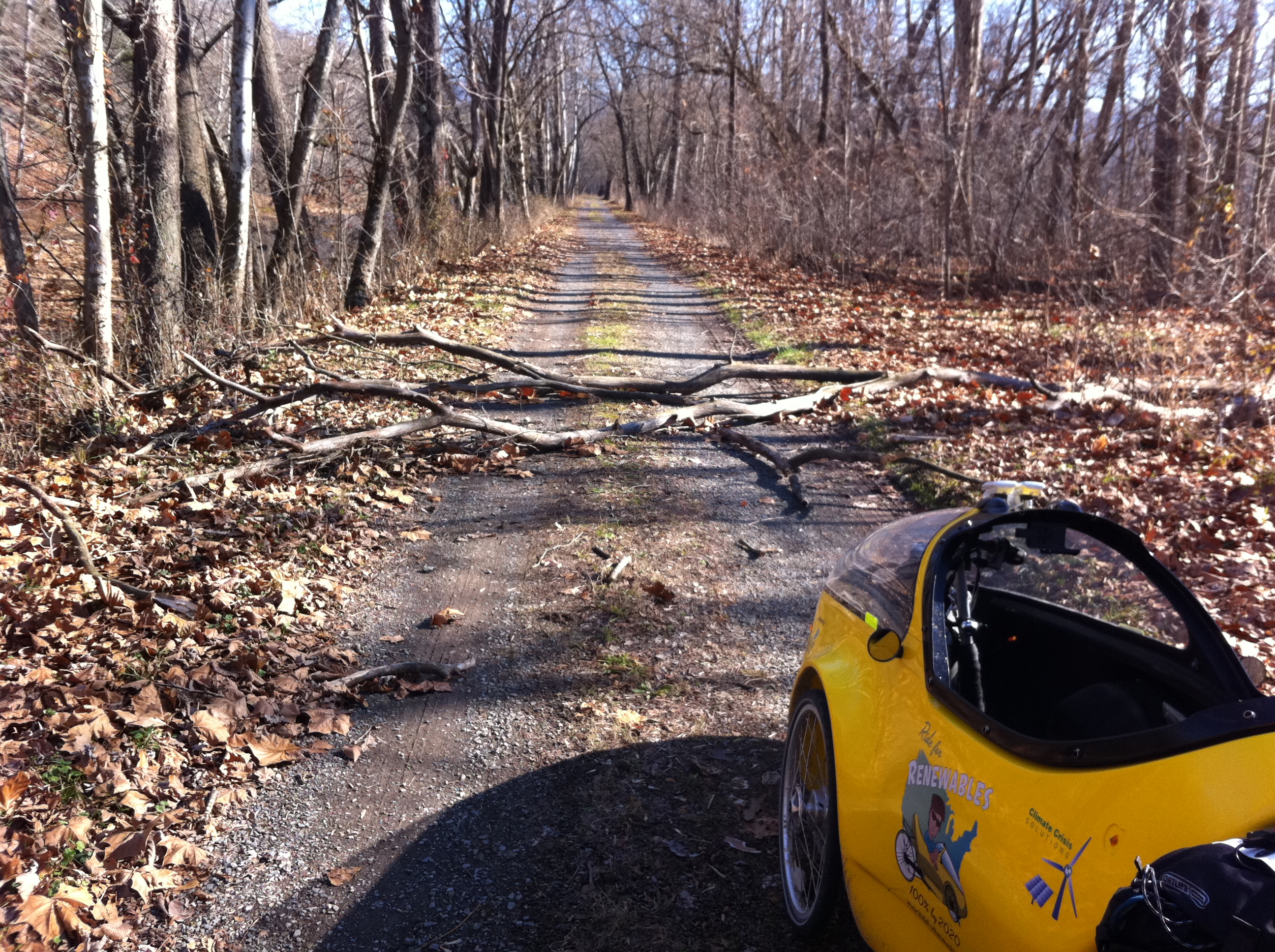 Soon came upon the 3,100–foot long Paw Paw Tunnel. Approximately 6 million bricks were used to build this tunnel, which was completed in 1850 at a tremendous human and financial cost.

Later came across this unusual shale rock slag. To me, it kind of resembled ice crystals, or bark peeling off a tree. 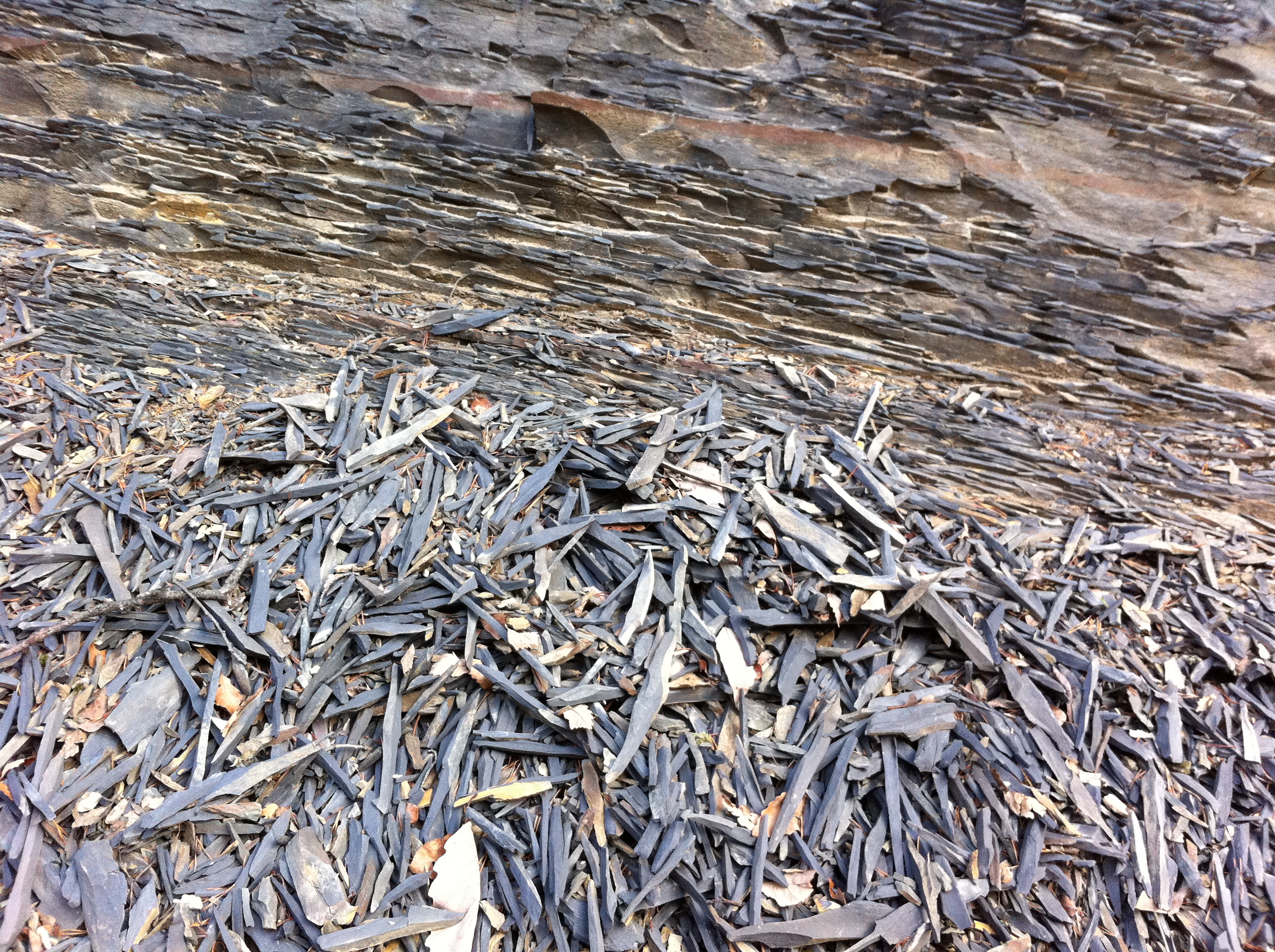 Later pulled off the trail to buy some food supplies and get a cold beer (thanks, Randy Roby) at Bill’s Place, a very colorful bar/diner/general store in the tiny town of Little Orleans. If you’re willing to part with a dollar, the owner, Mr. Bill, will let you write your name on it and affix it to the ceiling. A Renewable Rider $1 bill is now up there, along with the thousands of others. Later down the trail, came across someone sitting in a canoe on the side of the path, waiting for her ride. The scene just struck me as funny. Gina and I talked for a few minutes, long enough to learn that she, like me, has lost all faith in the Democratic and Republican parties. 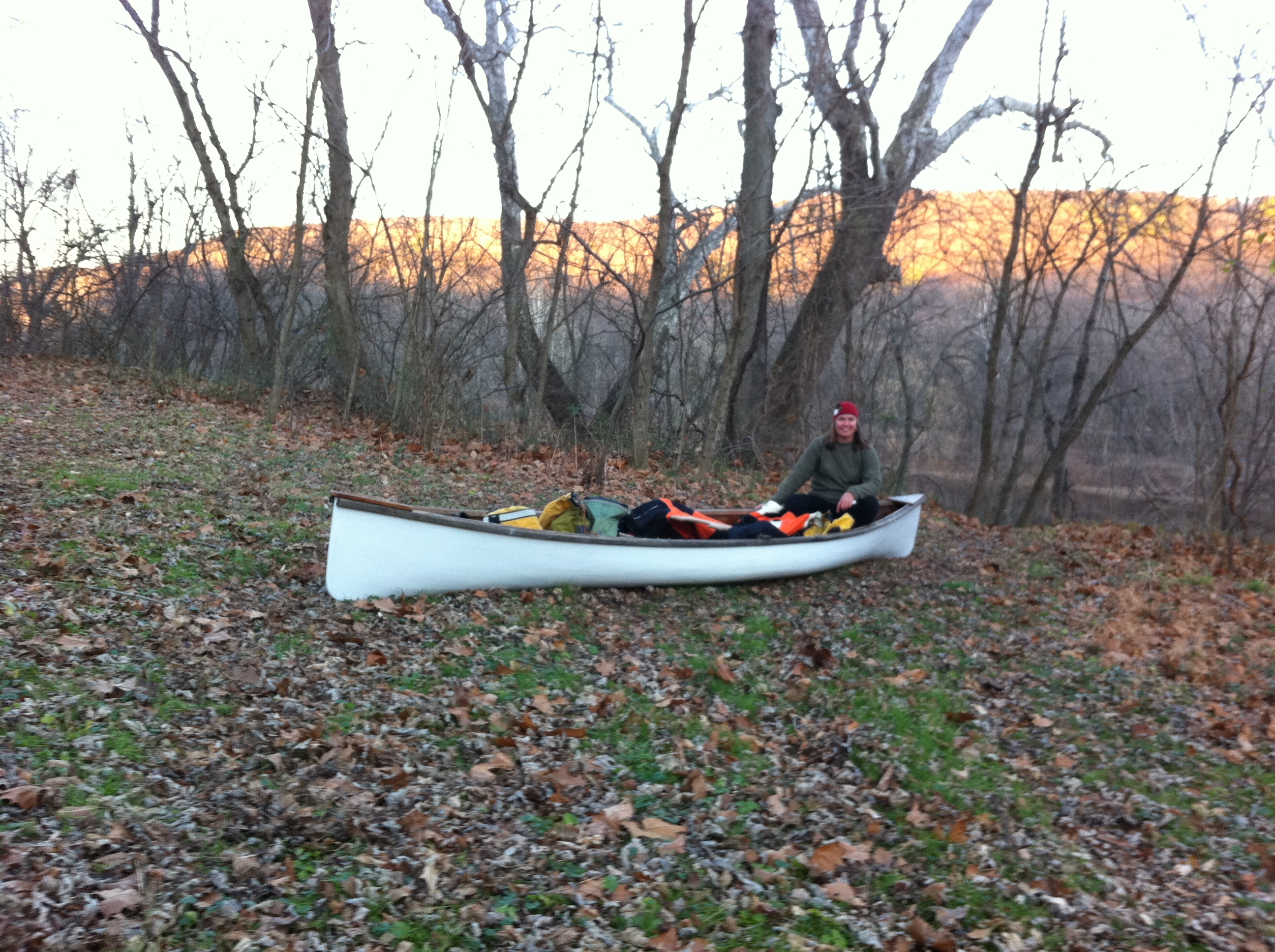 Saw 2 deer, a flock of geese on the river, a flock of wild turkeys, the back end of a fox and more beaver handiwork along the trail today.

Didn’t see another biker on the trail again today. Had another campsite to myself, which I warmed up with a fire. With the cold, really need to start thinking about getting on down the trail.