Saw an ugly coal plant in the town of Williamsport, so decided to pedal down Main Street. Stopping into River City Bicycles, ran into City Council Member Larry Jessop (thanks for the mocha, Larry), who told me he’s very eager to see that “eyesore” of a coal plant go away.

Including side trips and a 6-mile, circular, hilly detour that felt like it would never end, traversed 58 miles today before setting up camp on the banks of the Potomac. Biggest challenge of the day was avoiding being impaled by branches littering the towpath that seemed to gravitate to the “Fred Flintstone” holes in the bottom of the trike. Kept me on my toes all day. Also had to maneuver this tricky aqueduct crossing.

At another aqueduct, rolled under this small archway just for fun. 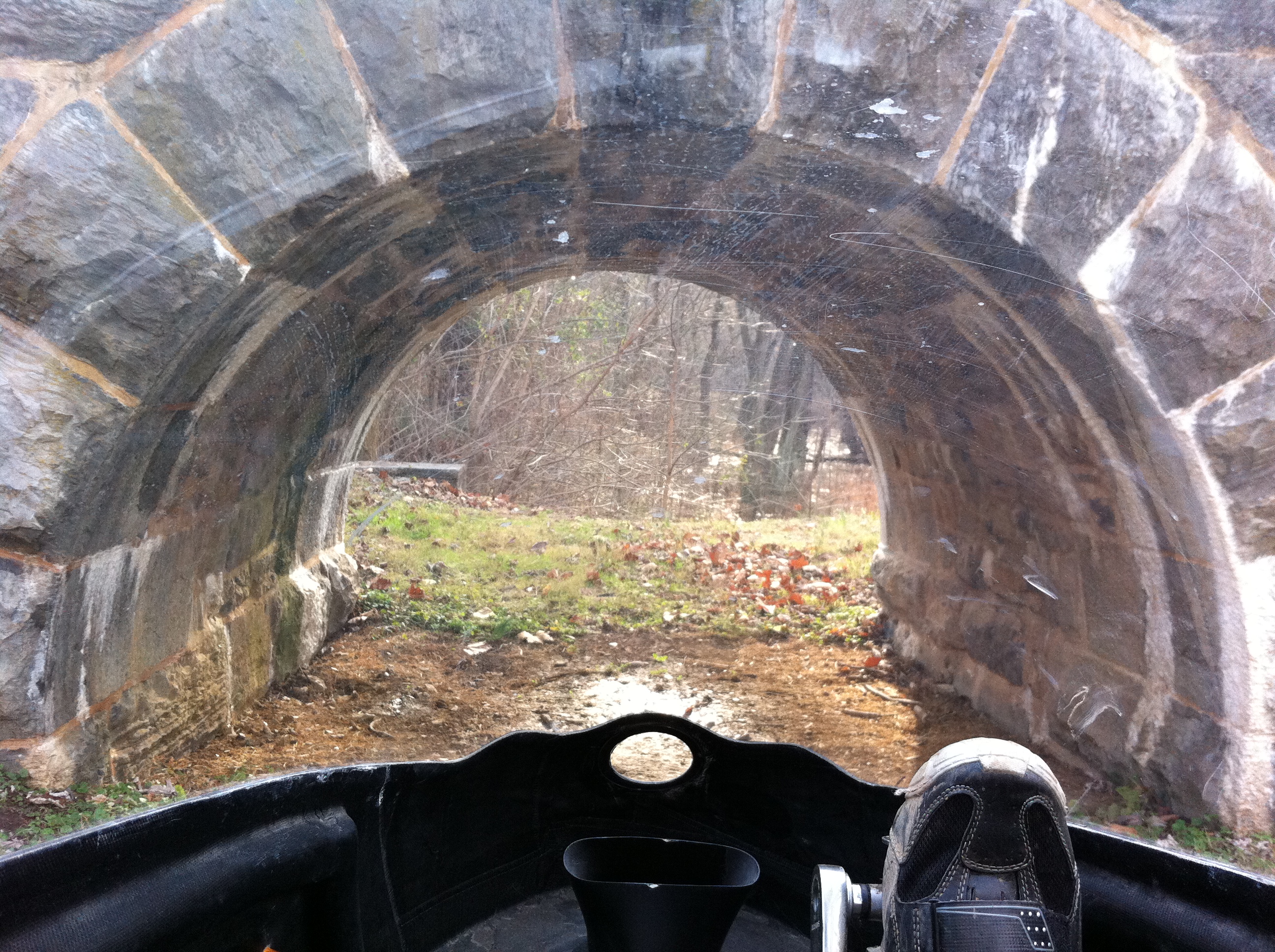 Near the end of the day, discovered a cave right off the trail that some say was used to hide runaway slaves seeking freedom. Seems likely, given that the Underground Railroad ran through this part of the country.

Today was the day I rode past the Antietam National Battlefield, site of the first major battle in the American Civil War and the bloodiest one-day battle in American history. About 23,000 soldiers were killed, wounded or missing after 12 hours of fighting on September 17, 1862. Although the battle proved tactically inconclusive, it was enough of a victory to give President Lincoln the confidence to announce his Emancipation Proclamation. I wonder what will give President Obama the confidence to fight for the future of civilization.