By mid morning, it looked like we had the problem fixed until I took the trike out for a test spin. It was then that we discovered that the chain as originally installed was a few links too short. When I shifted into high gear, the strain that the short chain put on the derailleur stripped out the threads (again!). This begged the question of how long it might take to get a new carbon fiber fork shipped from the company in Germany, an option I was not willing to contemplate. Undeterred, my Dacono “pit crew” shifted gears.

Angel called his local engineer friend, Ted Altshuler, who just happened to be available. He told us to bring the trike by and he would see what he could do. “Pit crew leader” Roland drove home to get his trailer and we hauled the trike down the road to Dacono to Ted’s specialty engineering shop. Ted (a hard-core time-trial bike rider who knows Lance Armstrong) takes a quick look and has his staff fabricate a special screw insert and washer (at no charge), which we took back to Angel’s shop and successfully installed.

We’re then struggling with a stubborn washer, and Angel wants to help fix that, too, but he’s about to miss his flight, so we have to shoo him out of his own store. We finally get everything back in working order, but by now, it’s getting dark, so I’ve been sidelined for another day. I’ll crash at Roland’s again tonight, watch a couple more episodes of “Wallace & Grommit,” and hit the road tomorrow. 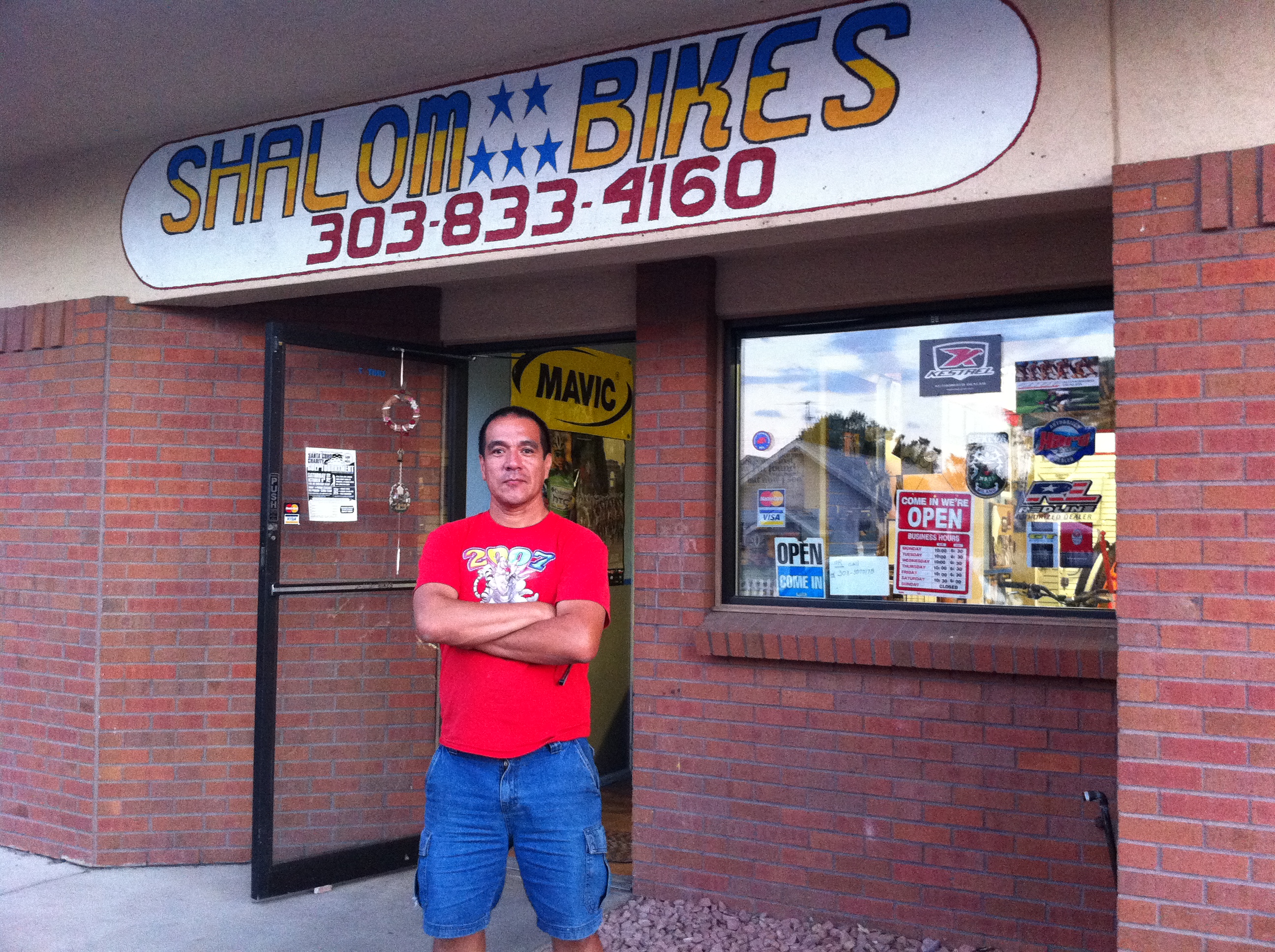 I can’t say enough about Angel (aptly named) and his can-do circle of friends in Firestone/Frederick/Dacono for all they did to help me. Angel made me a personal priority and donated hours of his precious time to repair my trike. Also want to give a big shout out to Ted, Ross and Don at Old School Industries, Inc. for their creative genius and generous help. My biggest take-away from this experience is just how amazingly generous Americans are, and how truly creative we are at solving problems. It was a poignant reminder that we can do pretty much anything we set our minds to. Anyone who doubts that needs to visit Firestone, Frederick and Dacono, Colorado.